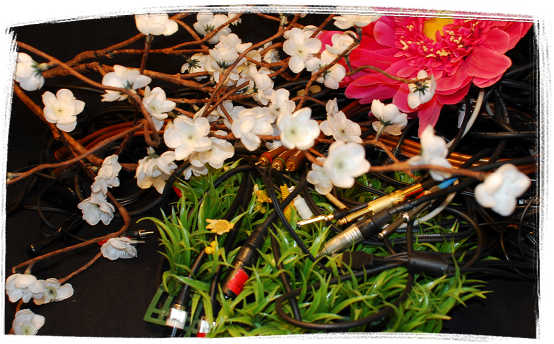 «I BELIEVE THAT THE USE OF NOISE

wherever we are, what we hear is mostly noise. when we ignore it, it disturbs us. when we listen to it, we find it fascinating. the sound of a truck at 50 m.p.h. static between the stations. rain. we want to capture and control these sounds, to use them, not as sound effeets, but as musical instruments. every film studio has a library of »sound effects» recorded on film. with a film phonograph it is now possible to control the amplitude and frequeney of any one of these sounds and to give to it rhythms within or beyond the reach of anyone’s imagination. given four film phonographs, we can compose and perform a quartet for explosive motor, wind, heart beat, and landslide.

lf this word, music, is sacred and reserved for eighteenth- and nineteenth-century instruments, we can substitute a more meaningful term: organization of sound.

most inventors of electrical musical instruments have attempted to imitate eighteenth- and nineteenth-century instruments, just as early automobile designers copied the carriage. the novachord and the solovox are examples of this desire to imitate the past rather than construct the future. when theremin provided an instrument with genuinely new possibilities, thereministes did their utmost to make the instrument sound like some old instrument, giving it a sickeningly sweet vibrato, and performing upon it, with difficulty, masterpieces from the past. although the instrument is capable of a wide variety of sound qualities, obtained by the mere turning of a dial, thereministes act as censors, giving the public those sounds they think the public will like. we are shielded from new sound experiences.
the special property of electrical instruments will be to provide complete control of the overtone structure of tones (as opposed to noises) and to make these tones available in any frequency, amplitude, and duration.»