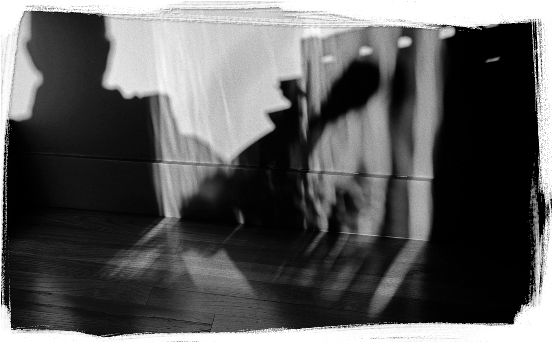 (every angel is terrifying, photo by ben ledbetter)

first performance on september 4, 2016 by the neue vocalsolisten stuttgart:

the focus of the musical discourse in im keller lies on constituting simultaneous virtual spaces, of which the spatial properties are in constant relation with each other. the composition consists of two seeds with independent formal and sonic-temporal entities that yield a compound formal network for the macro-level. simultaneously constructed virtual spaces are formulated in such a way that they increase the resolution of the characteristics pertaining to these entities, thus to the seeds. the performance space is virtually divided into two, where each half is used to construct a unique virtual space by means of live processing. the audience is accordingly asked to sit inside one of these spaces, in which they face against the audience group sitting in the other space. the piece is performed twice as the audience is invited to change spaces with each performance. the seeds, namely the female duo and the male quartet, can be conceived as stand-alone discourses and the pertaining parts can be performed separately.

gender roles unveil important social remarks in the context of turkey: as the current establishment in turkey imposes its self-conceived definitions for the so-called “turkishness”, its pertaining and systemized politics aims to set a new course towards a male-dominated religious authoritarianism. the issue of national identity has substantial political imports, which dictates specific roles for the gender. the kurdish guerrilla movement, on the other hand, sets a new revolutionary decree by foregrounding its women resistance units. as these units embody a new criterion for the region, the political output that they manifest grows to be a major contradiction for the turkish establishment. im keller aims to display the pertaining struggle by constructing characteristic spaces for each gender specific vocal group. accordingly, the virtual spaces mentioned above are acknowledged not only in terms of room acoustics, but also in terms of social spaces.

the premiere of the piece took place in st. elizabeth-kirche in berlin on september 4, 2016. in order to offer a fine-tuned realization of the discourse, acoustic measurements pertaining to the church have been achieved. for future performances, these measurements are to be used as a reference to fine-tune the electronics.